Our doctors recommend wellness exams be performed every 6 months. Missing the six month check-up is similar to a human not seeing his doctor for 3 1/2 years! Wellness Exams are also an opportunity for our veterinarians to thoroughly evaluate your pet from head to toe and to detect any problems in its early stages.

Found out below which vaccines our doctors recommend for your pet! 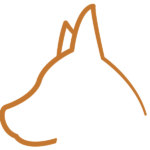 Our doctors recommend to protect your dog against the following diseases listed below:

CANINE DISTEMPER: A viral disease that usually begins as an upper respiratory infection but can progress to seizures and other neurological symptoms.  It can also cause death.  It is spread by dogs, raccoons, foxes and coyotes.

INFECTIOUS HEPATITIS: A virus that is passed in the urine and cause liver and kidney disease.

PARVO INFECTION: A viral disease that attacks the intestinal tract and causes severe vomiting and diarrhea and if untreated possibly death.  The virus is passed in the feces and can remain infectious in the contaminated soil from 1 to 2 years!

PARAINFLUENZA: A virus that contributes to kennel cough.  The virus is spread via nasal discharge and inhaled by other dogs causing upper respiratory disease.

BORDETELLA (KENNEL COUGH): A bacteria that causes infection in the upper respiratory tract.  The symptoms are a hacking cough and occasional runny nose. This infection is highly contagious to other dogs. It is caused by several viruses and bacteria, which may act individually or as a group, to cause disease. A nasal spray vaccination is the most complete and fast protection against the illness. It is especially important to get your pet vaccinated if they will be around the other dogs such as at dog parks, boarding facilities, or the groomer.

LEPTOSPIROSIS: A bacterial disease that is spread when infected urine from wildlife or other dogs contaminates water or soil, and the bacteria is ingested or swallowed. The disease can cause severe or fatal liver or kidney infections in dogs and can be transmitted to humans.

CORONAVIRUS: An infection similar to parvovirus in the sense that it also infects the dog’s intestinal tract and causes sever vomiting and diarrhea. This disease is transmitted by viral particles found in feces that are inhaled through the nose or the mouth.  The disease can live in the soil for up to 10 years and is often fatal.

LYME DISEASE: A tick borne bacterial disease that  causes fever and lameness in affected dogs. Dogs cannot transmit Lyme to humans but they may bring the tick into the home, which could then bite and give humans Lyme disease as well. The vaccine is recommended for dogs that live in areas prone to ticks.

HEARTWORM DISEASE: A disease transmitted from animal to animal by mosquitoes. Heartworms are parasites that live in an animal’s heart and large blood vessels in the lungs.  The signs are similar to the signs of heart failure and include lethargy and a mild, nonproductive cough.  The infestation of heartworms is preventable with regular preventatives. If your dog contracts heartworm disease, it can be very expensive to treat and potentially fatal.

RABIES: A viral disease that affects the central nervous system and if fatal. The infection is passed in saliva via a bite from an infected animal.  Skunks, foxes, raccoons, and bats are the most common source.  Humans can also contract rabies if bitten by an infected animal.

Our doctors recommend to protect your cat from the following diseases listed below:

RHINOTRACHEITIS, CALICIVIRUS, & CHYLAMYDIA BACTERIA: Upper respiratory diseases that are highly contagious and transmitted from cat to cat by inhaling infective particles through the nose/mouth. A cat with an upper respiratory disease is comparable to a human with a cold, bronchitis, or other sinus infections.

FELINE LEUKEMIA: A viral disease that is extremely contagious and is transmitted by direct contact from cat to cat.  It causes an elevated temperature and is the leading killer amongst cats. It can also potentially cause cancerous growths or anemia.

RABIES: A viral disease that affects the central nervous system and if fatal. The infection is passed in saliva via a bite from an infected animal.  Skunks, foxes, raccoons, and bats are the most common source.  Humans can also contract rabies if bitten by an infected animal.